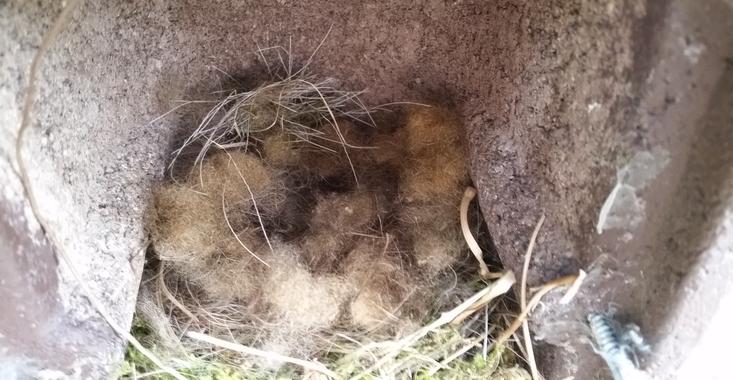 Since 2013 in breeding season, bird nests in Zuid-Kennemerland National Park are being analysed by PWN. Since 2016, also nest material is studied to gain additional insight. The fur of different species of herbivores make up for a good bedding for the nests. This year, several finely made nests in Kraansvlak, part of the National Park, showed great usage of European bison hair.

Every year the first of March marks the birds breeding season in Zuid-Kennemerland National Park, the 3,800 hectares large coastal dune reserve that stretches from Ijmuiden to Zandvoort. During this season, disturbances are minimized and for some areas restricted access for public is in place in order to give birds quiet spots to breed.

In 2013, dune manager PWN started a small project to study the breeding success of singing birds in the Kennemerduinen, part of the National Park. Twenty identical nest boxes were placed in coniferous forest of the area. Most of the boxes are occupied every year by great tits and blue tits, having an exceptional occupation of a Marsh tit the first year of the study. In 2016 the study was scaled up to gain additional insight in the nest materials used by the breeding birds. With this purpose in addition nest boxes were set in Kraansvlak, an enclosed area between Zandvoort and Overveen. Since 2007, a group of European bison lives here under most natural conditions. Besides, highland cattle, konik horse, rabbit, fallow deer and roe deer roam freely in both areas belonging to Zuid-Kennemerland National Park.

Breeding birds will start building up their nests using a great variety of materials that differ between species. Grasses, mosses and branches are widely used. But also animal hair is often included in the top layer of the nest. With characterized natural synchrony, most herbivores shed their winter coats as the temperature rises. European bison is often seen encouraging the loss of their thick winter coat by rubbing against trunks and branches, leaving behind strands of hair easily available for birds. Year-round, bison display wallowing behaviour in order to get rid of ectoparasites such as ticks. Wallowing also helps to get rid of their thick winter coat. Besides being helpful behaviour for the bison itself, it has a positive impact in the area as it helps open up sandy spots. In return, species that rely on open soil such as sand lizards and pioneer vegetation benefit. 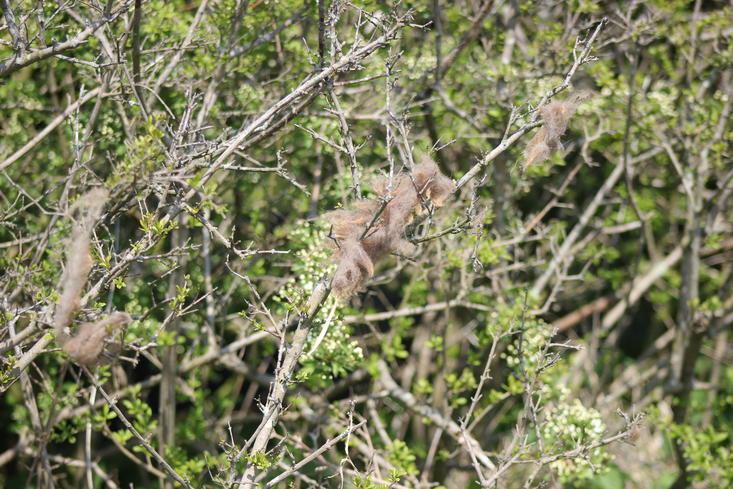 Early May regular rounds to check nest boxes in Kraansvlak discovered several nests containing lots of European bison hair. Whereas birds used mainly the long hairs of highland cattle, the shorter but thick fur of bison is quite woolly, making it a very soft and warm bedding for eggs in process of hatching.

A free poster of the role of European bison in Dutch nature can be downloaded for free here.