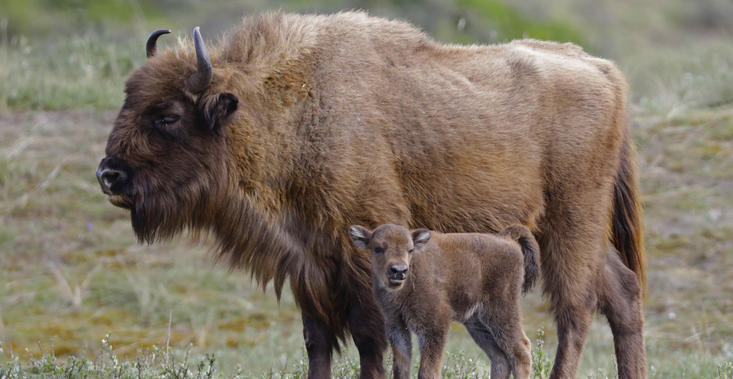 Wednesday May 30th, the first bison calf of this year was spotted by a ranger and two researchers during a routine round in Kraansvlak, part of National Park Zuid-Kennemerland. It is the 30th calf that has been born in Kraansvlak since 2009. Mother and calf are doing well and the herd has taken care of the newborn. The mother is very caring and alert, which bison are known for. But it is therefore important to give the bison extra rest and space and keep sufficient distance. Whether the calf is a cow or a bull is not yet known.

Bison calves weigh about 25 kilogram at birth, but quickly increase in weight. After three months, a calf weighs twice as heavy compared to when it was born. Bison are real herd animals, but when a calf is about to be born, the mother retires to a place she has chosen in advance. After a few days the calf is strong enough to walk with the herd and mother and calf join the group again. 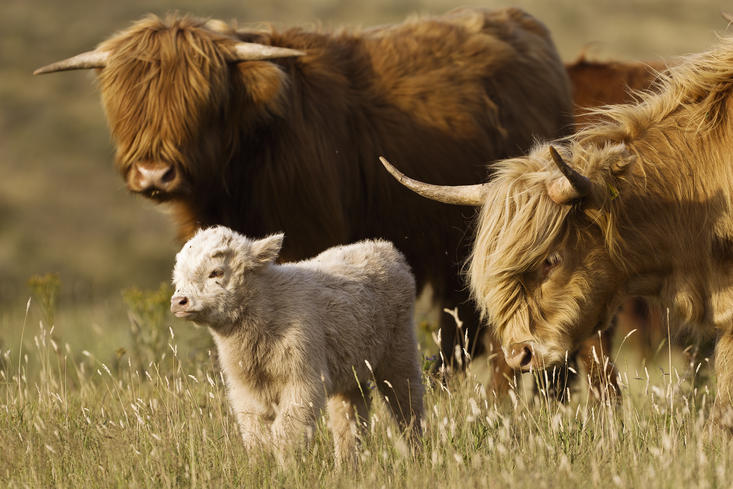 But there is more birth news! There is also an addition to the group of Highland cattle. In this case, the sex of the calf is already known: it is a cow calf. Two years ago a small group of Highland cattle has been added to the bison area. The Highland cattle and European bison complement each other in terms of grazing behaviour and the combination with konik horses, fallow deer and roe deer is an enrichment for the biodiversity in the area.