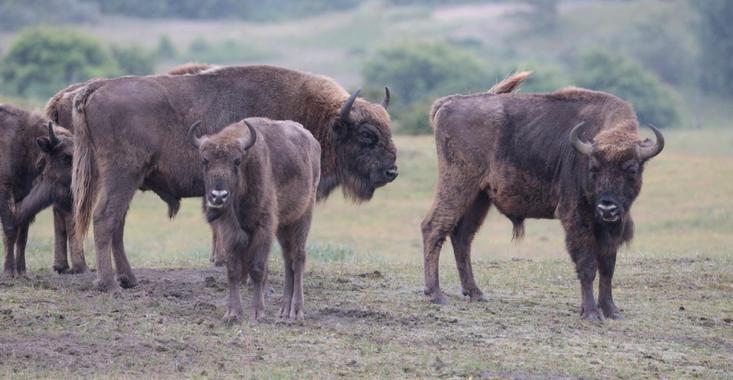 Towards the end of the winter beginning of spring wild animals go through the most difficult period of the year. They have gone through several months with few resources available in nature, where grasses are dead and deciduous species are bold (no leaves). Meaning that the amount of nutrients in each bite is quite limited.

During the month of April, 3 bison died in Kraansvlak. One female that came from Poland in 2007, founder of the Kraansvlak herd, who delivered a total of 5 healthy calves in the last 12 years. Some of her offspring have been translocated to new bison areas in Spain and the Netherlands, helping in the conservation of this still threatened species.

Besides this old female one younger female was found dead half April. This was an unexpected fact and therefore it was decided to make a field autopsy. And acute pneumonia was found out as the cause of death.

At last, the oldest cow of the herd, which died at the end of December left behind a young calf born in summer 2018. The little bull did his best for three months. After saying goodbye of his mum for a few days, he was seen back in the herd. Unfortunately it seemed that he was still too young to live without his mother. Bison calves start eating vegetation very soon after birth. After a couple of weeks the first real bites of vegetation are observed. However milk keeps being the essential nutrient intake for a few months. In Kraansvlak young ones are observed drinking even longer than a year, since normally females deliver once every other year.

Rangers are strictly monitoring the herd. The rest of the bison are in a good condition.