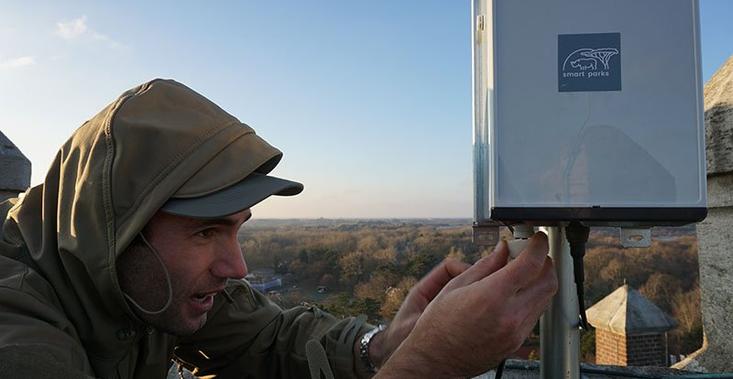 Kraansvlak is the first nature reserve in Europe that is equipped with a Smart Parks network. By using smart sensor technology we can now gather more information about the behavior of large grazers. This knowledge helps with complicated management issues and contributes to a sustainable balance between nature, grazer, and recreation.

In the dune area several large grazers, such as European bison, highland cattle and fallow deer play an important role in the landscape. The grazers prevent the dunes from becoming dense and leave room for vulnerable species such as the dune pansy and the dune pearl fern.

Insight into the movements and behavior of these animals helps PWN to shape the management more smartly. An essential part of this is to see how the free flow of the animals works alongside the visiting public. Thanks to the Smart Parks network and the use of sensors that are cheaper and more energy-efficient than the current GPS collars, more animals can be monitored over a more extended period. In addition, the network offers the possibility to connect other sensors, such as temperature sensors, sound sensors and even groundwater sensors. As a result, we can ultimately answer even more research questions.

Myrthe Fonck, nature consultant PWN: “This innovation directly serves our management question, but we also contribute to the development of smart technologies. By now having a trial location in the Netherlands, the technology can develop even better, and ultimately also contribute to wildlife protection in Africa. That sounds far away, but that is a realistic result, and I am very proud of that. “

In the future, PWN also wants to investigate whether visitors can receive a signal on their phone if, for example, there are bison in the vicinity of a bicycle or walking path. This can prevent unwanted, unexpected encounters and thus conflicts between humans and animals.

The Smart Parks network in Zuid-Kennemerland is the result of a collaboration between PWN, Utrecht University (Copernicus Institute for Sustainable Development) and Smart Parks. Also, camping De Lakens and circuit Zandvoort have participated in the construction of the network free of charge.

https://www.smartparks.org/
More about the research of the University of Utrecht 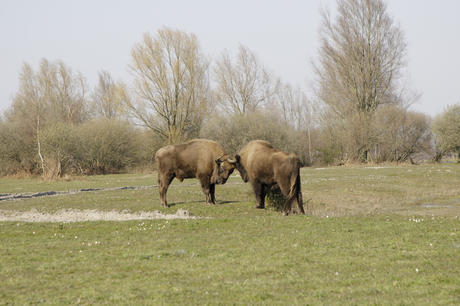