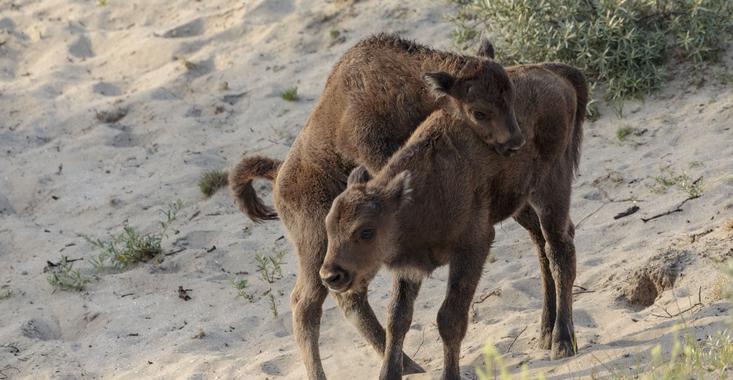 This year four bison calves have been born in Kraansvlak, a coastal dune area that is part of Zuid-Kennemerland National Park. Including the new-borns, the herd counts 26 bison. The past ten years in total 33 calves have been born in the bison project of PWN and ARK Nature. The herd of Kraansvlak makes a substantial contribution to the increase of this still endangered species.

A hundred years ago the European bison, also known as wisent and related to the American bison, went extinct in the wild. Due to massive efforts the species could return to European nature in the fifties. The species is still marked on the Red List of Threatened Species by the International Union for Conservation of Nature (IUCN). Although the total number of bison is increasing steadily the last years, still much is needed to get the species further out of the danger zone. Since the start of the bison project in Kraansvlak in 2007, the project contributes by studying the bison in order to increase the overall understanding of its ecology. Moreover, bison from Kraansvlak have been translocated to other starting bison areas in the Netherlands as well as Spain. Not only good for the conservation of the species, also for nature in these areas due to the marked effect of bison presence. 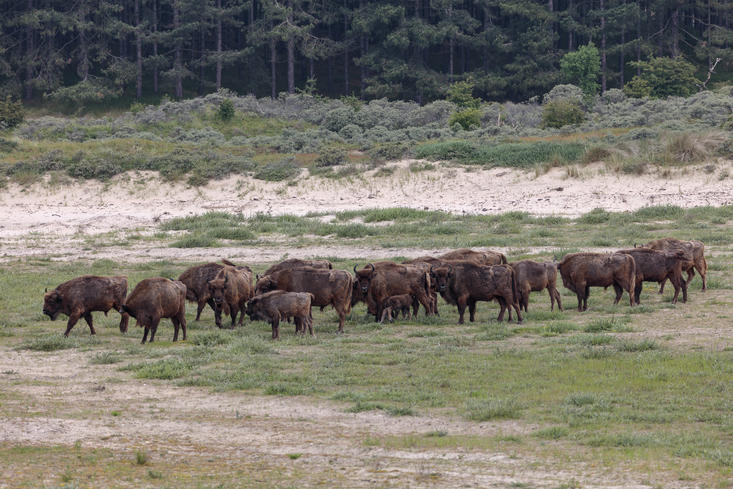 The calving season in Kraansvlak usually starts early May and ends early July. This is in line with experiences from other nature areas with bison such as Bialowieza in Poland. Also this year, the calves have been born shortly after each other, within a month, after a pregnancy of about nine months. A bison calf follows its mother closely, especially in the first week after birth. Cows that have given birth are very caring and alert. Bison calves are not being hidden which is the case with for example roe deer.

At birth, calves weigh circa 25 kilograms, but they soon gain weight. After six months a calf weighs about 100 kilograms. When bison calves are slightly older they show play behaviour, and together grow up in the herd. Calves drink for several months from their mothers however within a few weeks they already start eating from vegetation as well.

In the next years again some bison from Kraansvlak will be relocated to other nature areas. When this is going to happen and where the animals are going is not known yet.

From September 1st, the Bison Trail in Kraansvlak is opened again. This marked hike trail then stays open until March. There is a good chance to spot the bison and other animals like Konik from the trail in the nature area. More information can be found here.